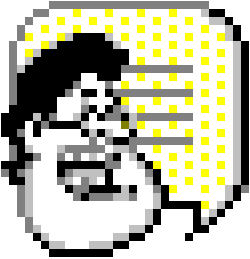 about.txt
BOOKS
currently reading: [i, robot] and [the magus]
no longer human 4 ★ one of the bleakest books i've read, book's context was also very interesting
flowers for algernon 5 ★ there's so much i can say about this book but put simply it was genuine perfection; definitely an all time favourite
a little life 5 ★ sad but almost comforting to read at the same time, i loved everything about this book, especially the unrelentless cycle of hope and hopelessness. this is probably one of my most annotated books, some of it just because of the way things are worded, sometimes because of the resonation lines from the book have with me, out of context from the actual book.
american psycho 4.5 ★ detail was amazing, idt ive ever read anything even remotely similar to this (someone recommend me something similar please)
salt: a world history 4 ★ i read this as a joke, wasn't actually too bad
the bell jar 3.5 ★ it was too slow at the beginning and i expected a bit more from it, but might pick it up again one day honestly just due to its reputation
kafka on the shore 4 ★ i loved the magical surreality and the setting
after dark 4.5 ★ i will never get over the writing style of murakami but it stood out sm in this book esp and i fucking loved it, also liked the female characters
the trial 3.5 ★ contant feeling of hopelessness, i got exactly what i expected and it wasn't necessarily "bad", but i wouldn't read again
crime and punishment 5 ★ a fucking masterpiece, i read this a long time ago but i still think about it from time to time and i definitely need to come back to it again

FILMS
prozac nation 3 ★ i wouldn't call it bad, but there wasn't really any climax, it almost felt monotonous. - but then again, maybe the monotony encapsulates the idea of the film. it was pretty miserable, but not really "sad".
interstellar 5 ★ id do anything to be able to rewatch it again. the visuals are incredible, the concepts are incredible, i hate this word but yeah it was pretty breathtaking
dune 4 ★ great fucking visuals but i couldn't understand 20% of it because there were no subtitles in the cinema
perfect blue 5 ★ oh my god
the imitation game 4.5 ★ obsessed with every single aspect of this movie!!
i, tonya 4 ★ i went down a tonya harding and competititve figure skating wikipedia rabbithole after this
american psycho 4.5 ★ yes i know i already reviewed the book, it was so different to the movie; i liked the portrayal of patrick's insanity and the ambiguity in the movie more

Notepad - about.txt X
File EditSearchHelp
hello and welcome
i go by venus on the internet
i made this site because i enjoy writing code and getting a result that looks pretty :3 otherwise, i like pixel art and i really like physics.
i don't have much nostalgia for the old web, but i dislike modern web design and like the intricacy of old websites, the idea of creating your website entirely from scratch. i like the idea of code being an art form, instead of just a tool.
one day i'd like to make a blog, but i'm often unsatisfied with the articulation of my ideas so that probably won't happen.

here are some of my favourite things
postmodern literature - it's always refreshing. in particular i really enjoy murakami's almost musical but melancholy, toned down writing, and the way he switches between perspectives, in a style i don't really even find in other postmodern books.
cats - there's not a lot to say, i just really like cats. if someone asked me what my favourite animal was, it would be a simple domestic cat.
physics - i love quantum and particle physics, one day i want to build a quantum computer, or at least physically see one. i'd also love to visit the LHC in switzerland. i like astrophysics too, it's fascinating and beautiful at the same time.
rain and thunderstorms - especially at night, and when i'm alone and indoors.
horror manga - have i read a lot of it? no. do i like it? yes.
'classical' music - i really like the romantic era of music, not so much the baroque or classical era. some composers i like include chopin, scriabin, debussy, ravel, and shostakovich. i play the piano and violin; when i have more time i'd like to learn the guitar and relearn music theory properly. :)
other music - radiohead, deftones, neutral milk hotel, the smiths, the cure, sufjan stevens, mazzy star, amy winehouse, fiona apple

here are some of my least favourite things
ya romance - i read song of achilles when it first became popular, the concept sounded amazing, but i hated the way it was written, the style of writing, the actual content itself. another author i can't stand is colleen hoover, whose books seem reminiscent of self insert wattpad stories written by 13 year olds.
cars - i want to live in a city built around people, not cars, i want small cobbled walkways lined with trees, not identical concrete streets. they're expensive, they're bad for the environment, AND they're ugly.
cryptocurrency, web3, nfts, etc - i hope this is self explanatory enough

Chatbox X
File EditSearchHelp
feel free to leave a message down below!